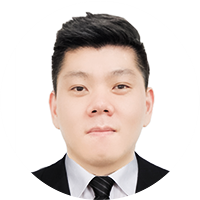 When COVID-19 was declared a pandemic by the World Health Organization (WHO) on March 11, 2020, many counties and states in the United States announced a stay-at-home order with mandatory closures for non-essential businesses. Not only did people have to worry about their safety and well-being during a pandemic, but also for their livelihoods. If people were not allowed to go to work, how would they pay their bills? How long were people expected to stay home? But business owners found themselves facing many more problems. Businesses were expected to shut down operations with no prior notice. What would restaurants do with the perishable foods in their kitchens? How would they pay their employees? There were outstanding business expenses and rent due just around the corner with no clear answer as to when they could reopen.

With businesses forced to shut down, many business owners looked to taking out a business loan to stay afloat. However, banks and other financial institutions were ill-equipped to answer the overwhelming amount of loan inquiries, and existing aid programs were unfit for businesses during unprecedented circumstances; the Economic Injury Disaster Loan (EIDL) for example, had preexisting qualifications that made it difficult for certain businesses, especially new ones, to receive assistance.

On April 3, 2020, the Small Business Administration (SBA) launched the Paycheck Protection Program (PPP) under the CARES ACT, a $2.2 trillion stimulus package that was signed in response to COVID-19. The PPP was meant to distribute forgivable loans to struggling small businesses during the pandemic. Despite its good intentions, rushed execution of the program inevitably left many cracks. The new loan was released nationwide without proper guidelines to follow. Applicants were told to submit applications directly to their banks while banks received no clear processing instructions from the government, nor sufficient time to prepare enough resources for effective processing. As a result, banks received outpouring numbers of applications and loan inquiries from nervous business owners rushing to receive any sort of monetary compensation before the funds ran out. Loan officers that typically processed between 20 to 30 applications per year were processing over 20 PPP applications a day.

Over the course of a few short months, the program funded over $500 billion nationwide – a staggering number greater than the accumulative amount the SBA funded since its establishment in 1953. Although seemingly large, most businesses did not receive even close to enough funding to sustain their business. As expected with a rushed program, the regulations were imperfect to fit different businesses’ unique conditions, and the guidelines changed frequently, making it difficult for both lenders and borrowers to effectively navigate the program.

The SBA is currently in the hands of Congress with multiple pending legislative proposals to support the economy and help small businesses. The HEALS ACT, a Senate GOP proposal, includes automatic forgiveness and a 4th round of PPP loans. Senate GOP is also set to propose the GOP Skinny Bill, which essentially is the HEALS ACT without the long-term loan product proposals. Meanwhile, House Democrats are pushing for the HEROES ACT, which provides several PPP fixes including automatic forgiveness and enhancement of the regular 7(a) loan program. Finally, the RESTART ACT proposes a new loan product that builds onto the existing PPP infrastructure to specifically help businesses with a  greater number of employees than allowed for the PPP that have experienced revenue decline; it would permit some portion of these loans to be forgiven based on those revenue losses.

For PPP borrowers and lenders, the HEALS ACT is suspected to be the most anticipated program. If passed, the HEALS ACT will provide a simplified application process for borrowers. For loans up to $150,000, the only requirement is to submit an attestation that the borrower made an effort in good faith to comply with the requirements and that they will retain relevant records for 3 years. For loans between $150,000 and $2,000,000, PPP borrowers are required to submit a forgiveness application and retain relevant records for 3 years, but is not required to submit any supporting documents.

The HEALS ACT will also introduce another round of PPP loans that will be available for those who have already received one. Borrowers must provide proof of 50% reduction in gross revenue in 2020 compared to 2019. The maximum PPP loan amount is $2,000,000.

Given the Congressional calendar during a Presidential election year, there is no direct answer as to what small business owners can expect. The only advice for small businesses would be to utilize current resources to the best of their abilities and be on the lookout for any confirmed information through reputable sources. For any questions regarding SBA loans or the PPP, contact our SBA department at 1-888-972-5363 today.

You are now leaving Bank of Hope's website. You will be linking to a website not owned or operated by Bank of Hope. Bank of Hope is not responsible for the product, service, or overall website content, the accuracy, completeness, efficiency or timeliness of the information contained therein, or any transactions that may take place on that site. We encourage you to review their privacy and security policies which may differ from those of Bank of Hope.